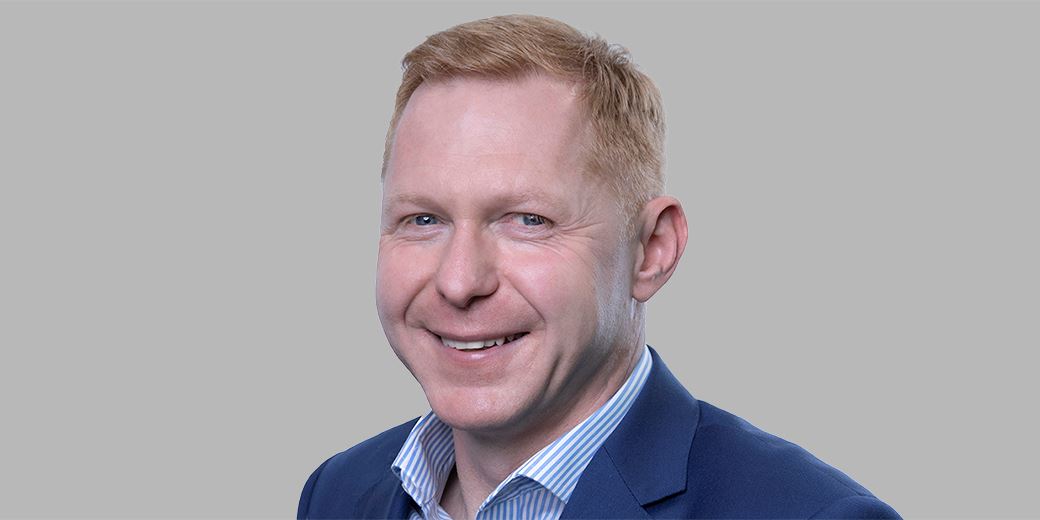 Global group flows: The winners and losers of 2022

There might be light at the end of the tunnel, but it ain’t here yet.

The year comes to a close with a host of managers gaining their AAA wings.

Real Life: A cheaper, smarter way to fly business to the US

Companies are clamping down on travel costs. Here’s how to travel in comfort while keeping the expenses department happy.

With greater buying power comes greater leverage. And that will certainly be brought to bear on asset managers selling into the UK as the country continues to see advice market consolidation. Much of this is bankrolled by private equity firms buying, and sometimes passing on, stakes in distributors. A case in point is Northeast England-based Progeny, which has recently reached $6.5bn of assets under management.

To further exert that buying power, Progeny has now turned four model portfolio solutions (MPSs) into funds, with $1bn between them.

LSG Holdings, a private equity business, had owned Progeny since 2015, but last year it sold its controlling stake to US firm Further Global Capital Management. Earlier this year Progeny added to its AUM with the acquisition of two large advice groups.

Increasing size has brought an opportunity to make the portfolios into funds, called unitisation.

Investing in a fund rather than a portfolio brings some tax advantages in the UK, but the most compelling reason is cost. Progeny believes it is easier to administer for the business and easier to report what is going on to the client.

Search these Progeny portfolios and you’ll see the funds listed against Margetts, an asset management boutique based in Birmingham, England. Margetts acts as the authorised corporate director (ACD) to the funds, doing all the administrative heavy lifting. ACDs already provide this service to asset managers, and it is interesting to see intermediaries use them too [See ’ACD-ecision’ section below].

Although Progeny is not picking stocks, it blurs the line a little between distributor and manufacturer. This is a conflict the firm will have to manage as it decides what to advise the clients of firms it has bought. But asset managers will know that if a distributor client is bought by Progeny, it’s time to make a phone call.

What was your existing investment proposition and how do these funds fit in?

We had around £1bn of assets that were in the model portfolios. We had created an MPS range that had that in terms of passive options, systematic evidence-based, and unconstrained, also with ESG overlay.

We started this project in the middle of last year, and we did a thorough ACD review. The next step then is to look at fund build and fund delivery.

We had something like 35 models. But it was going to be very difficult to build an all-in-one multi-asset solution for each model. We needed to get some building-block funds in place, around which we could construct as many of those models as possible. We chose our Dynamic range, which is our unconstrained range, and our Tempo range, which is systematic.

The first point is about cost, because as a fund manager, you’ve got some buying power, and we’re able to negotiate low underlying fund costs as a part of the structure.

We were also having to go on something like eight retail platforms running various models and making these changes. When that rebalancing is within the fund, you don’t have to go on the platform and make those individual model changes.

From the client’s perspective, they would see maybe 20 funds on their platform; they now see two.

Did any of the underlying funds change from an MPS to a unitised product?

We did make some changes, because we were able to access institutional lines and cheaper share classes. But the risk profile and investment objective have remained the same. We’re just delivering it more efficiently. Again, platforms might have a restriction on asset types. Now, the platform just holds one of our funds.

If you run an MPS solution unwrapped on a platform, you don’t have the same buying power as a fund manager running it as a unitised structure via an ACD. Because you are going in as the fund manager, in effect you’re buying in bulk, and that gives you that opportunity to talk to fund houses and access those institutional rates.

Do you have an ongoing charges figure (OCF) you’re looking to achieve on a fund? Are you trying to weigh up who will budge, who won’t, who you need, and what you could swap for passive?

We’re happy to pay a higher OCF if there’s evidence of alpha generation. For example, in the US large-cap market, the chances of beating the market are statistically very low, so why would you spend your client’s cost budget on trying to find the fund that might do it?

Where there is statistical evidence that that alpha can be found, then we will accept a higher OCF, and it’s worth paying for. Sometimes fund houses will say ‘you get what you pay for’; I’m not going to name any names, but if performance backs up a higher OCF, we’re happy to pay for that.

Sometimes houses will say: ‘You’re buying in bulk, and we will give you those institutional rates, and we’ll target what that rate wants to be.’

The systematic range is all about factor tilting. We call it ‘market plus’: the market after your costs. That scale story still works and certain houses are happy to have that discussion with us for scale.

It’s very interesting, every time a new acquisition happens, we get a phone call from the fund managers, because they may already have funds with an entity that we’re acquiring, and they want to understand where we are, and they’re coming for discussions with us.

Some houses have been very proactive with us, saying: ‘We can see the direction of travel at Progeny, and normally you get a price based on a certain AUM, but we know you’re going to get there [to a higher AUM],’ and they’ve been very generous in seeing where we’re going.

In the US large-cap market, the chances of beating the market are statistically very low, so why would you spend your client’s cost budget on trying to find the fund that might do it?

How are you selecting funds to go into the unitised portfolios?

We’ll use a single-geography approach, so a US fund, Japan fund, Europe etc. If you have a multi-geography general globalist fund there may be nothing wrong with it, but it doesn’t fit our philosophy, and that doesn’t fit how we construct our portfolios. The other thing we’ve done is take control of asset allocation. Historically, we were letting the risk-profiling entities drive that. We created our asset allocation based on widely available CMA data.

Unitisation allows us to take more control of the value chain as a business, rather than it being part-owned by the risk profiler. [So while we] use Oxford Risk, the asset allocation is derived by Progeny Asset Management.

Does there come a point where you say if a fund is a new addition it has to be Article 8?

We’re already looking at that. We use Morningstar as one of our data suppliers, and it generates an ESG score or fact-find behind everything. One of the reasons we chose Oxford Risk is that there’s an interactive ESG component profiling into that. It’s quite a thorough process. It’s not here today but something we’re working on is building out those ESG credentials for all the solutions, because they’ve all got ESG elements to them, and that’s the direction of travel.

The mechanics of turning portfolios into funds, and running them as such, falls to a separate entity to Progeny, the authorised corporate director (ACD). For this, Progeny has chosen Margetts, a boutique asset management business based in Birmingham. The town’s mascot is a bull, so perhaps Progeny is hoping for some good luck with the markets too.

But the timing is even more portentous than that. Selecting their ACD came just as the UK’s regulator was deep in a review of the sector.

ACDs take care of the regulatory oversight of an asset manager’s funds. ACDs are paid by managers for this service and compete for business. Their job is to hold their clients to account, and this conflict is what the regulator has recently taken a look at.

This was prompted by the downfall of one-time star fund manager Neil Woodford, whose funds held too much illiquidity and struggled with a sudden withdrawal from a major pension client. The fund’s ACD, Link Fund Solutions, trapped investors’ money when it suspended the fund in a bid to stop outflows. It was accused of failing to challenge Woodford as the level of unquoted stocks mounted. Link was not an aberration. The FCA review in 2021 found instances where governance structures, conflicts of interest, management, and operational controls were too weak.

‘It was an interesting time to select an ACD,’ said Hooper. ‘There’s obviously been a thorough tyre-kicking. We eventually selected Margetts, who felt were a good fit for Progeny and our growth strategy, and they’ve proven to be a good partner for us.’

Margetts also provides an ACD service to rival national wealth adviser firm AFH, which unlike Progeny is listed on the junior market of the London Stock Exchange, AIM.

The asset management team at Progeny is responsible for the key decision-making, including any fund changes and transactions.

‘The entity that owns the fund is a Margetts company, they sit on that board and they’re responsible for it. Progeny Asset Management were appointed as the fund manager or as the investment manager, but it is Progeny client assets that are in the fund. It’s a close working relationship.’

We analyse which groups have had the biggest inflows and outflows in 2022, look at managers achieving their first AAA ratings, and hear from Rob Kyprianou on why regulation gets it back to front.

2022 has been a hot year for private markets, but are asset managers putting the brakes on their expansion efforts? Plus, we look at how the bear market has affected launches this year and look at how firms can better communicate their brand values.

We hear from fund buyers on what they’re looking for from an ESG fund, find out what Neuberger Berman is plotting in the alts world, and learn the winners of Citywire’s Gender Diversity Awards.